In these modern days, shaving is necessary. No more running around with a neanderthal beard or otherwise unkempt facial hair! And despite being necessary, shaving is certainly is also an inconvenience. Not only does it take time and energy, but it can leave your skin feeling tattered and torn as if it were, literally, cut to ribbons. This phenomena, called “razor burn”, is what we’re going to alleviate today!

Before we get into the article, check out this educational Volt Video below! And don’t forget to Subscribe to Volt’s YouTube Channel!

What is Razor Burn?

The act of shaving is defined as the removal of hair with a razor or any other kind of bladed implement. And the unfortunate and near-unavoidable result of dragging sharp blades across your skin is razor burn. As you probably know, it’s extremely common. 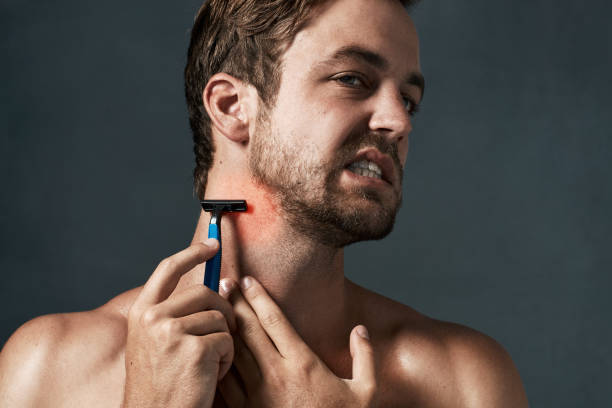 Razor burn is a condition in which the act of shaving causes redness, irritation, inflammation, and tiny bumps to raise from the skin. It always occurs as a result of shaving, based on the interaction between the blade, hair, and skin. The condition is more common in men, and normally occurs on the face or neck. Keep in mind that the terms razor burn and razor bumps are used almost interchangeably, but are generally considered different conditions. Razor bumps are the ingrown hairs that occur as a result of closely shaved hairs to the surface level of the skin, and is not exactly the same as razor burn itself.

Symptoms of razor burn can include irritation and itching around the affected areas, as well as noticeable small red bumps that occur at the base of the shaved hair follicles in those areas. Razor burn will typically clear up in 2-4 days, however, more severe issues like razor bumps can take up to two weeks before they become less noticeable or leave entirely.

How Does Razor Burn Occur?

Like we mentioned above, there are three factors that can affect the overall nature of razor burn: Your razor, your skin, and your hair.

Generally, razor burn happens as a result of tiny cracks, dryness, or inflammation as the razor is dragged along your skin. And one of the three culprits above is to blame for this common shaving nightmare! Let’s dive into each of these three factors to determine how and why they can cause razor burn to happen, or how they can contribute alongside the other issues to worsen the possibility of razor burn on your skin.

How Your Razor Causes Razor Burn 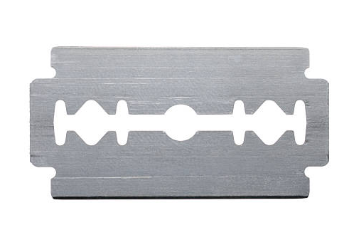 Your razor is the tool used to keep you and your beard/face/mustache looking neat and tidy, so why would it betray you and hurt you in such a foul way?! Well, the truth is that razors are only as effective as their blades, and no blade lasts forever.

The term “razor sharp” should mean something. It should literally mean that something can slice through hair like butter, however if your razor blade is no longer razor sharp, you have a problem, my friend.

Well, if your blade is no longer sharp enough to slice, it begins to pull and tear instead, causing a much higher chance of razor burn. The same thing occurs if you have a rusty blade, as rust tends to degrade metal and cause harsh irregularities along the blades surface.

The amount of pressure you apply while shaving also causes a HUGE difference, and is likely the most common reason razor burn exists. Preferably, you should only need the pressure of the razor itself to begin shaving your hair, assuming the blade is sharp and proper. No need to grind the blades into your skin.

How Your Skin Causes Razor Burn 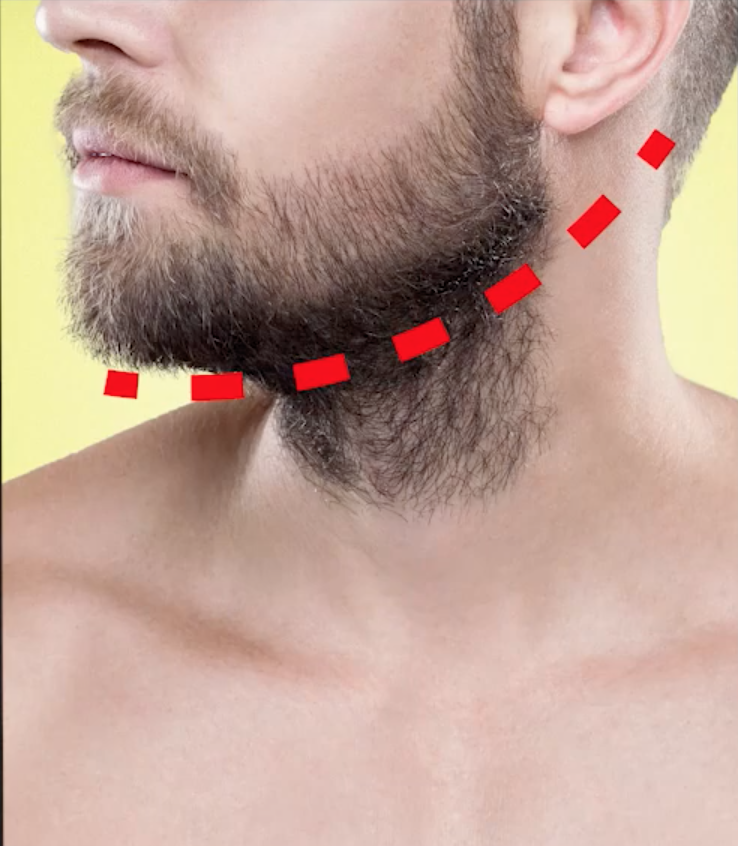 You may be wondering how your skin could possible cause razor burn. After all, the razor on most modern safety razors don’t even touch your skin, right? Well, wrong.

If the razor is the chainsaw, and your hairs are the trees, then your skin is the vast landscape on which the trees grow. Put simply, on your skin, there are peaks and valleys all over the place, especially on a geometrically complex place like your face and neck.

There are many reasons why this is important. For example, if your skin is dry and cracked, there is a much higher chance that your razor could snag one of those open cracks and start slicing or pulling open your skin. Or, perhaps the razor snags a hair, and yanks the crack in the skin open instead of touching it directly.

There is a reason why you instinctively pull your skin to make it tight while sliding the razor over it. Because, if you don’t, you know the excess skin is much more easily cut or torn by the blade. For the same reason, you should also always make sure your skin is well hydrated and lubricated with your shaving cream or gel of choice. Have you ever tried dry shaving? yikes.

How Your Hair Causes Razor Burn 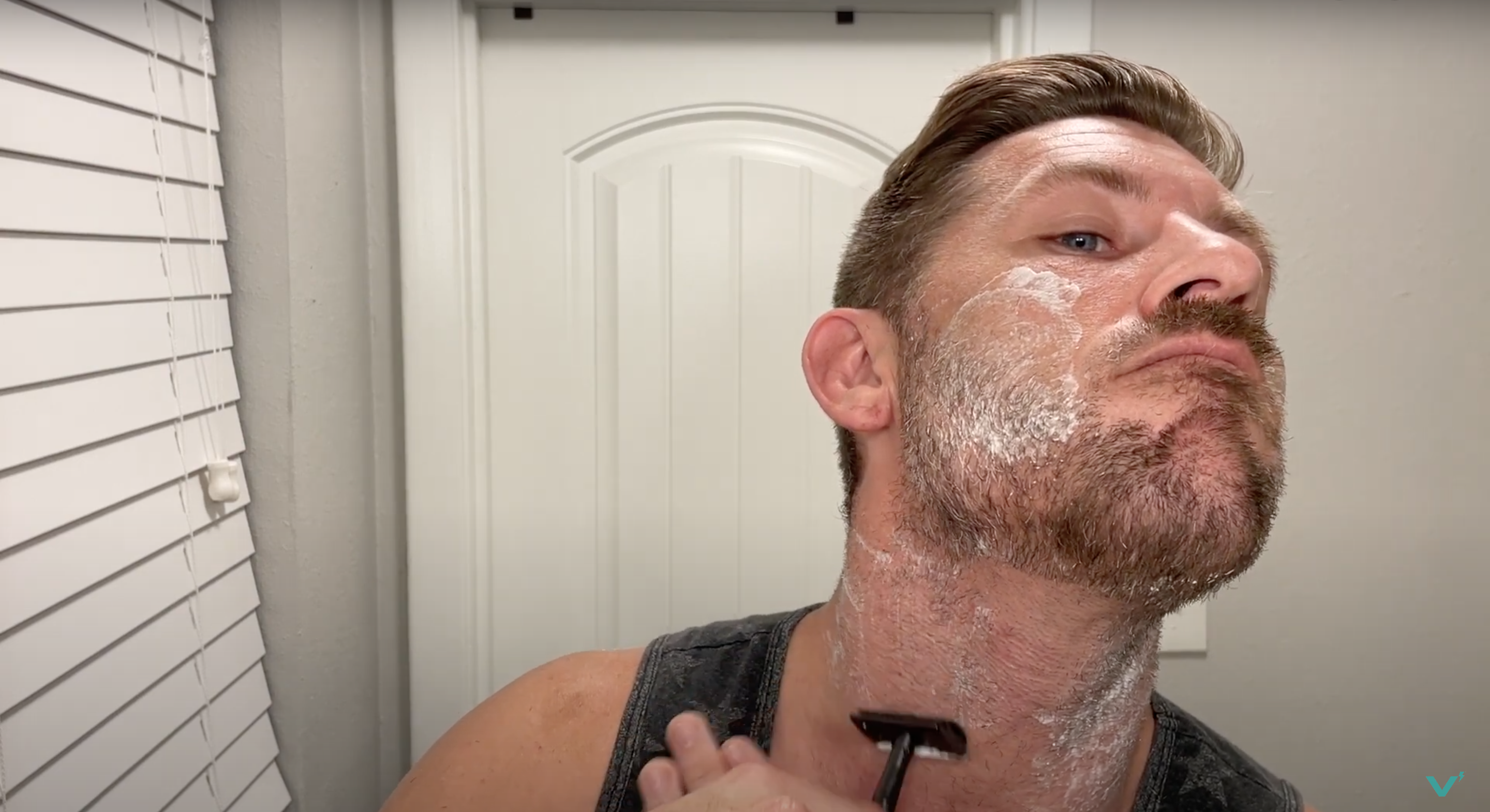 Have you ever taken a moment to just stop and stare at your beard or the hair growing on your neck? Try to avoid getting caught in the badassery of it for a second, and really look. What you’ll notice is that your hair, especially on your neck, grows in all different directions. It may grow inwards, outwards, up, down, and all around at the same time. Why is this important?

If you notice your hair is growing in a downwards direction, then sliding your razor down towards the direction of hair growth is considered shaving with the grain, and is the most comfortable and least irritating way to shave. This happens because the loose tips of the hair itself doesn’t get caught in the razor blades or mechanism and yanked before the hair is sliced the way it does when you shave against the grain.

The only benefit of shaving against the grain is a slightly closer shave, but it also vastly increases the chance of razor burn.

How To Stop Razor Burn 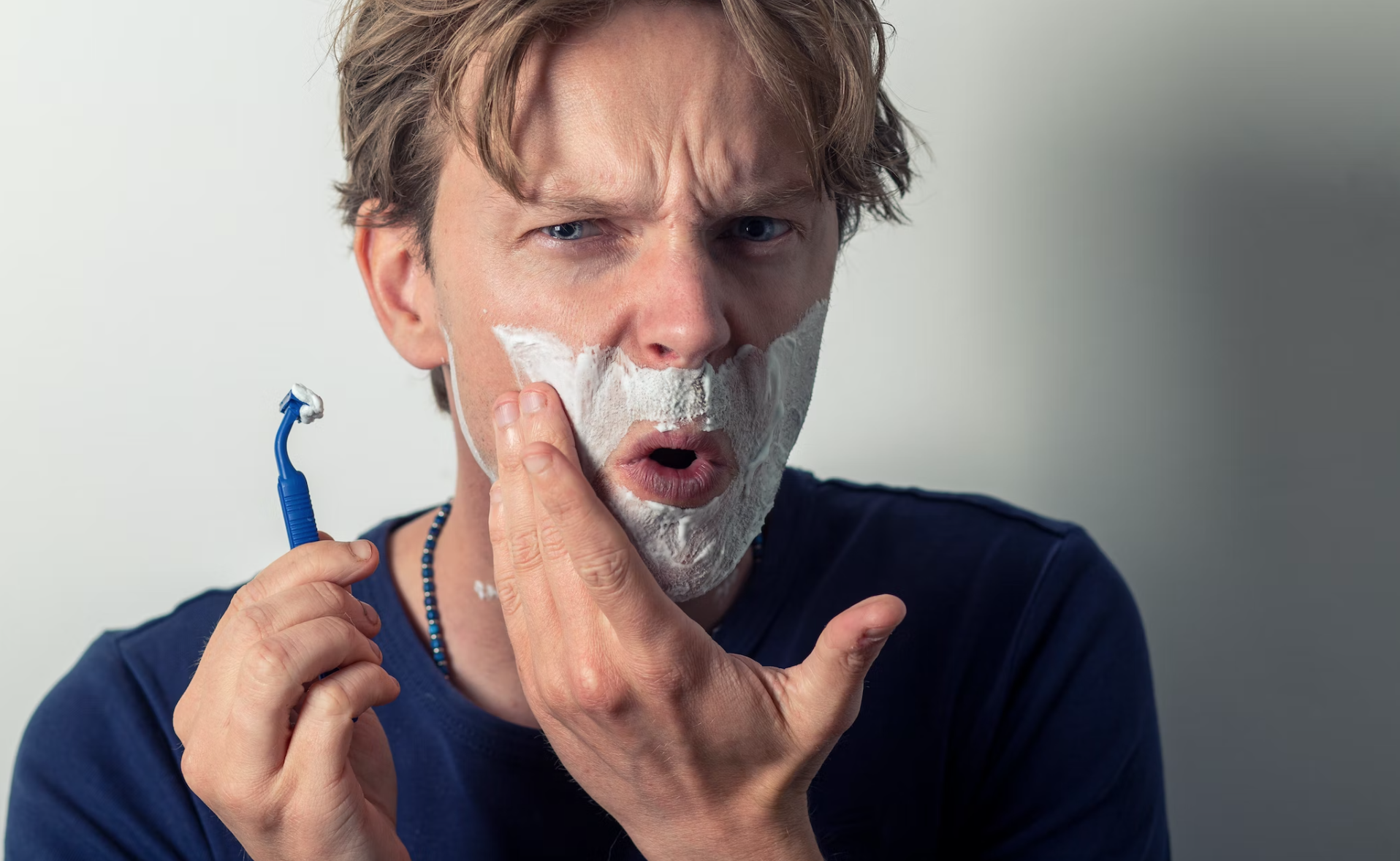 Getting rid of razor burn is as simple as changing up one of the three main causes I mentioned above (razor, skin, and hair). Remember, shave lightly and avoid shoving the razor blade into your skin. Not only does this hurt far more and cause razor burn, but it also results in a worse shave overall.

Your Razor: Make sure your razor blade is relatively new and sharp. In general, this means switching sides or replacing blades after every 3-5 shaves, especially if blades are rusty. Sharp blades don’t cause razor burn because they don’t snag skin and hair and they glide well.

Your Skin: Make sure your skin is well hydrated, well lubricated for the shave, and held taught when the razor is being dragged over. Loose skin gets caught, pulled, and sliced, and can increase the chance that hair is caught as well.

Your Hair: Shave with the grain to avoid the most discomfort and avoid razor burn in general. This way, your hair doesn’t get caught in the razor and pulled as it is being cut. You may sacrifice small amounts of shave quality, but you’ll avoid cutting and pulling skin, and almost entirely avoid ingrown hairs and razor bumps.

Why Men Should Color Their Eyebrows?

How To Trim Your Beards Neckline?