Whether you’ve been living as a bearded man for years, or you’re just now considering growing one, there are plenty of nuances surrounding beard growth that you should consider! One of the most common questions that is asked is, “Will growing a beard make me look older?”

And today, we’d like to answer that for you! We’ve gathered a ton of science-backed evidence as well as some personal anecdotes, experiments, and more to give you the most accurate information. In fact, in today’s post we’re not only going to describe if beards really make you look older, but also how old they make you look based on length, color, and some other factors. P.S. here,s a cool little video on the topic! Also, don’t forget to subscribe to Volt’s Youtube Channel!

But that’s not all! We’re also going to describe whether they also make you seem more or less attractive to women, and which length of your beard is best for a healthy combination of attractiveness and masculinity.

So, let’s dive into the data! 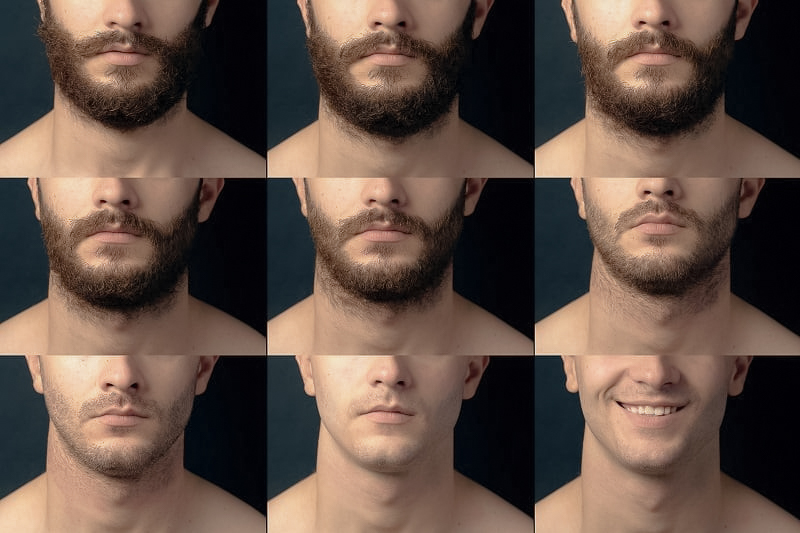 We’ll answer this question right off the bat, then we’ll provide the research.

Yes, beards absolutely make someone look older, but by how much? Well, a study conducted in 2013 has stated that panelists who were shown two images of celebrities (one bearded and one clean-shaven) gave an average increase of 8 years to their age estimates when shown the bearded images.

Put simply, in an average amount of cases, a full beard will add roughly 8 years of age to your appearance. Whether you consider this a good thing or not is up to you! Most men who ask the question about whether facial hair of any kind make you look older are likely teenagers who desire a mature look and appearance.

In fact, this estimate lines up nicely with some of our personal experiences here at Volt Grooming HQ. Personally, I’ve had people guess my age as roughly 9-10 years older than I actually was, and the most common reason why they said they guessed that? The Beard.

After all, take a look at some of the following images that we’ve gathered from various sources across the internet:

Interestingly enough, evidence also suggests that the longer the beard you rock, the older you look! We didn’t quite expect the relationship between length and perceived age to be so linear, but it goes to show that a slight trim can also potentially take some years off your look as well! 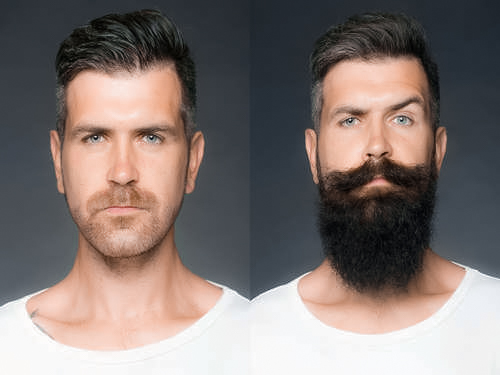 Now, we here at Volt have asked 5 different women to give us their thoughts on the images above and estimate an age difference! Let’s see what they say! (We’ll call these image 1 and image 2, respectively)

Comments: Women 1 estimated that both men appeared roughly 2-4 years older with their beards. Surprisingly not as far of an age gap as previously averaged in recent studies.

Comments: Last but not least, women 5 estimated the man in picture 1 to be 39 (clean-shaven) and 45 (bearded). In picture 2, however, the roles were reversed with the clean-shaven man appearing 38 and the bearded man appearing 34.

It would be far too easy to say that all beards make you look x amount of years older, but this just isn’t the case. As proven in our small test, there are some beards that can make you appear younger depending on certain conditions. Plenty of other factors will affect the way your beard (and age) is perceived, here are a few for example…

Beard Color: Noticeably, the man with grey in his beard looks far older than the same man with a fully-colored beard. This is obvious, as the connotations of a grey beard come with age.

Beard Style: This is the kicker. Depending on current fashion trends and fads, your beard may make you appear a certain way. Take the answer of women 3, for example. The current “hipster” trend of that beard style may have swayed her opinion in terms of the age of the man with the beard.

Beard Length: Notably, the longer your beard is, the older it will make you seem. This is due to a simple connotation about how long it takes hair to grow, and the likeliness that a young man sports such a long beard is also low.

Beard Full-Ness: Put simply, patchy or uneven beard growth affects the way your age is perceived. Your beard may be seen as “still-developing” or given a youthful appearance reminiscent of adolescence.

Perhaps you’re less worried about how old your beard makes you look, and are more concerned with how attractive it makes you look. This is understandable, and I think we can likely all agree that we’d rather be attractive than simply be perceived as a different age than we really are.

Here’s what the studies say…

The pattern is as follows, clean-shaven men and those with longer, full beards are considered by women to be best for long-term relationships. Whereas, those with stubble-short beards are seen as more attractive for flings or casual dating. Here’s a useful graph to make my point clear… 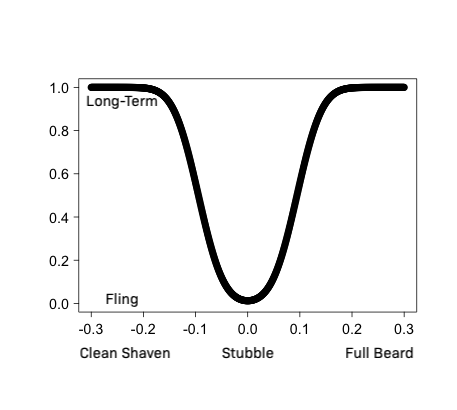 As you can see, the large dip in the “stubble” category is indicative of a fling or short-term relationship.

All in all, your facial hair and style may alter people’s perceptions of you in the ways mentioned above, but don’t let any of this discourage you from growing or maintaining a beard! As we’ve seen, there are exceptions to every rule. As long as your style is for you, and you enjoy it, what else matters beyond that?

According to studies, beards make a man look older by nearly 8 years. interestingly, the longer the beard, the older you look. So, if you want to look older, grow a beard (or a longer one). If you want to look younger, shave (or trim) your facial hair and use Volt Beard Color to help cover your grays.

If you’re curious about which beard color shade is the perfect one for you, click the button below to take a short quiz!

How To Grow And Style A HandleBar Mustache